The oenologist Andrea Pizzolato, thanks to the collaboration with the enhancement projects of the territory: Wellness Tuscany Experience and Contemporary Wine, tells the story of the most renowned vine of the Valdelsa at international level: the Vernaccia di San Gimignano.

The history of Vernaccia, the precious treasure of San Gimignano.

The reason is that the history of this grape variety and of the homonymous white wine that originates from it has always been inextricably and uniquely linked to that of the splendid Tuscan municipality whose Vernaccia bears the "surname". Just as if it were the representative name of the family in fact, San Gimignano has marked the life of this wine which today as then, is making a name for itself in the world. Let's not bother Etruscans and Romans who produced wine for self-consumption in this center of Tuscany, because it is in the Middle Ages that the Valdelsan village began to assume importance, power and fame and therefore also Vernaccia. If we imagined that we knew nothing of the history of San Gimignano, through the vicissitudes of its wine we would still be able to trace, with a good approximation, the economic, artistic and prestige of the city of origin. It is mentioned with its name for the first time in 1276 on a document relating to the municipal taxes to be applied, which lists two wines for which differentiated taxes are paid, “ 2 soma money for the Greek and 3 soma money for the Vernaccia ". This informs us that already at that time the people of the place considered this grape more important than the others, so much so as to charge a higher tax for its export. It is the only wine, perhaps, mentioned by Dante in The Divine Comedy, loved by nobles and powerful of the Italian courts in the Middle Ages and in the Renaissance, such as Lorenzo Il Magnifico, Lodovico Il Moro, Cosimo De 'Medici, the king of Naples, Pope Paul III, just to cite the most famous documented cases. In short, Vernaccia di San Gimignano has always been drunk to stand out. In 1966 it was the first DOC of Italy, enhancing the symbolic importance of this grape variety so celebrated in previous centuries. These are all news that can be easily found online or in books, useful for the curious but that always and obstinately tell us about the past. Often, in fact, when you have a glorious history to show off and to boast about, you recline in the nostalgia of shining times, even if not lived. It is probably a feeling that we Italians understand more than anyone else. What it is useful to focus on is above all the care, passion and audacity with which the 65 producers of this small Denomination (just over 5 million total bottles) have looked after this grape variety, challenging the difficult character that distinguishes it ; it is not an aromatic vine, you have to hit the right time of harvest during the harvest, in the cellar it tends to oxidize easily. If it did not have this particular nature, we would undoubtedly find Vernaccia di San Gimignano planted here and there in the world such as Chardonnay or Sauvignon. But no, it is only found here, in this small village in the heart of Tuscany, moreover surrounded by famous areas for the production of red wines. In such a globalized and replicating world, everything has been focused on the distinctive value of being autochthonous and its authenticity, producing wines known and awarded worldwide. We could define the oenological and viticultural know-how of the local people as "craftsman", as unique.

Making Vernaccia di San Gimignano is a bit like when you insist on dating a partner with a surly and bizarre temperament but over time you learn to appreciate in its sweet and intoxicating essence that makes it special and unique, tremendously fascinating.

The wait applied to the production and consumption of a white wine may seem antithetical to many inexperienced tasters, however the lucky ones who have had the opportunity to taste Vernaccia di San Gimignano with a few years of aging will have appreciated its magnificent evolution, especially in the Reserve version. Let's think about this, how many white wines have this mention? Vernaccia di San Gimignano included the Riserva already in the 1966 specification and for long years it was the only wine to have it; cases are still rare today. Thanks to the experience gained by the producers, however, it is good to underline the achievement of the sinuous pleasure of this wine already from the fresh and young versions, knowing how to tame its character without suffocating it. In conclusion, I believe that in San Gimignano there is an extraordinary example of enhancing the historical and cultural heritage represented by Vernaccia, which must make producers proud and which has importance for its civil significance and, even more, for the quality achieved by the wines . "

"Andrea Pizzolato, winemaker born in 1989. Autochthonous from San Gimignano, he graduated from the University of Viticultural and Oenological Sciences and Technologies in Valpolicella, where he worked as a research collaborator with one of the most brilliant minds of world winemaking, the late Prof Roberto Ferrarini He has carried out oenological missions in America, Spain, Germany, France and Russia.

He declares to feel at home wherever there is life, wine and joviality. "

At the heart of the project are the territory and its excellences, made of love and passion, of authentic tradition, which inspire massages and rituals to create a wellness experience in perfect Tuscan style.

Wellness Tuscany Experience through his blog, gives the reader cultural pills to tell about his strong connection, alongside professionals in the sector.

Contemporary Wine is a project to enhance the food and wine and artistic heritage of the area with a focus on sustainable products. It organizes thematic tastings and art exhibitions dedicated to the environment. 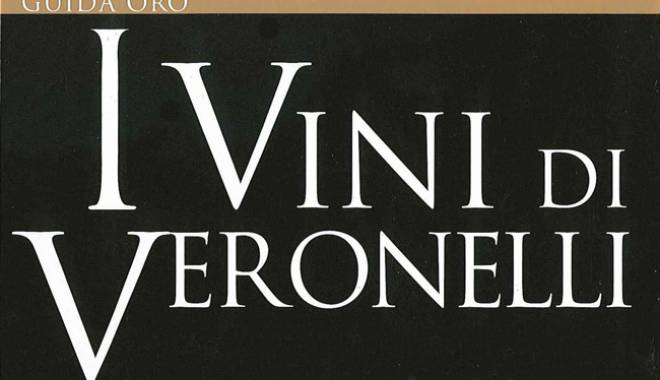 The Beginnings of the Great Gold Guide Veronelli Wines of 2013

The Gold Guide to Wines Veronelli 2013 proposes a list of the Great Beginnings of 2013 Great beginning a definition What better definition than that of the guide:. The Great Beginnings are "wines coming year in help and then marked with the symbol of the" flower ", but received a score equal to or greater than 91 cents: they were" first-timers "would be" three stars "or even" super three stars ". The choices from Gold Guide Wines Veronelli 2013: great wines and great beginnings This definition highlights a key criterion for the construction of the Gold Guide Veronelli Wines of 2013: the top honors are assigned only to wines that have a high-quality production constant. goalscoring stakes implies that there will only "great wines that ensure their continuity planning in time." The Great Beginnings are particularly interesting to see who could be the great tomorrow. This list it is especially interesting to identify dynamics in the world of wine beyond the companies already conoscite and The presentation of the Gold Guide Veronelli Wines of 2013 The official presentation of the Guide has been established and will be held in Venturina the day Tuesday, October 23, 2012 at 11:00 am at the site of the spa Calidario. GREAT BEGINNINGS 2013 Abruzzo (2) Collefrisio of Collefrisio Terre di Chieti White 2009 - Collefrisio Montepulciano d'Abruzzo Riserva Duca Thaulero 2008 - Casal Thaulero South Tyrol (5) Alto Adige Lagrein Riserva Gries 2009 - Cantina Nals Margreid Alto Adige Pinot Nero Montigl 2009 - Cantina Terlano Alto Adige Pinot Nero Riserva Bachgart 2008 - Lentsch Alto Adige Pinot Noir Reserve Anrar 2009 - Cantina Andriano South Tyrol Vinschgau M