Last night a check for $ 315,000 (approximately 267,000 euros) was handed over personally by the Marquis Ferdinando Frescobaldi, President of the prestigious Bolgheri company Ornellaia and by Giovanni Geddes, CEO of the homonymous company, to Karole Vail, Director of the Peggy Guggenheim Collection, museum part of the Solomon R. Guggenheim Foundation.

The donation was made possible thanks to the Ornellaia Vendemmia d'Artista 2017 "Solare" project and the sale of precious bottles designed in a limited edition by the artist Tomás Saraceno.

For the past twelve years, Ornellaia has been carrying out this charity project aimed at supporting foundations and museums around the world through the union of wine and art. Since the last edition, thanks to the collaboration with the Guggenheim, the project has raised funds to support an equally innovative and generous initiative: the Mind's Eye program of the Solomon R. Guggenheim Museum.

Mind's Eye was created by the Guggenheim's education department precisely to give the joy of art even to blind or visually impaired people. Art, just like tasting a wine, involves all the senses, and it is this common thread that has prompted the Bolgheri maison to donate the proceeds of the annual Vendemmia d'Artista auction to this program.

Giovanni Geddes da Filicaja, CEO of the Bolgheri estate, said: " the great success that the Mind's Eye program is having thanks to our donations, in addition to filling us with pride, offers us the possibility of extending the same model not only in other museums. of the Guggenheim foundation, but also in other art institutions in the rest of the world, ensuring that this excellence continues to guide museum programming for the blind and visually impaired. And not only that, our desire is to make accessible the art to all people around the world. "

At the end of the auction, which took place online from 1 to 9 September and was auctioned by Sotheby's, Richard Armstrong, Director of the Solomon R. Guggenheim Museum and Foundation declared: "Thanks to the continued support of Ornellaia, the Guggenheim was able to offer greater access to our programming and to achieve even deeper public involvement. We express our gratitude to Ornellaia for their generosity and for recognizing the importance of programs like Mind's Eye. "

The Ornellaia Vendemmia d'Artista project celebrates and describes the character of each new vintage of Ornellaia. Every year, since the release of Ornellaia 2006, a contemporary artist signs a work of art created for the estate and a series of limited edition labels, drawing inspiration from a word chosen by the Director of the estate, Axel Heinz to describe the vintage.

"Solar" is the character identified by Axel Heinz, to describe the wine born from the 2017 harvest: "it was a year of extremes, in which sun and heat played a decisive role. Adapting to the climatic conditions with softer and more precise practices , we were able to give voice to this strong and decisive personality of the vintage. "

On the red thread of these words, Tomás Saraceno gave his interpretation of Ornellaia 2017 Solare.

The artist drew inspiration from the alliance between the sun and inhabited living systems, in an invitation to a practice of care and renewed attention to the most important source of energy on our planet: the sun, in fact, represented in the evolution of a 'eclipse.

The theme of sustainability is explored through floating spheres such as those of "PNEUMA 4.21x105", the suspended sculpture of Salmanazar, and the special thermochromic labels, which, like the ecosystems we live in, are sensitive to heat. 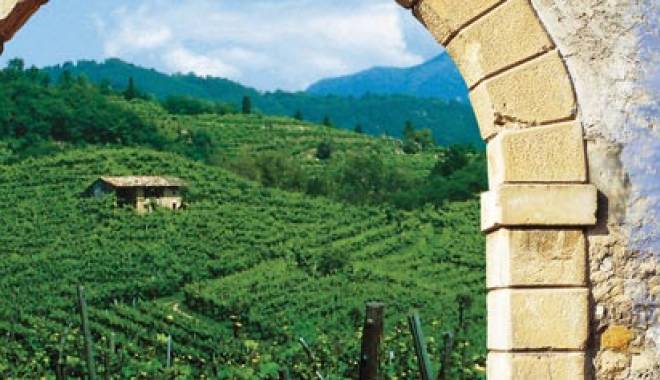 Primavera del Prosecco 2013: the thousand and one Prosecco

Thanks to Primavera del Prosecco Superiore it is possible to enjoy the beauty of the Alta Marca territory, to take part in photography contests, to discover the hills of Alta Marca with its tiny villages, ancient 'pievi', old castles, to walk through green vineyards' slopes between Valdobbiadene and Conegliano finding out wineries where Prosecco is produced, to taste Marca's excellent wines and delicious food. 2013: eighteenth edition of the Primavera del Prosecco, a well-known and interesting touristic event dedicated to the Prosecco wine. Year by year, the event has developed offering more and more opportunities for visitors. The event dedicated to the Conegliano Valdobbiadene DOCG will join 15 wine exhibitions in one great tour along flavours and traditions. Moreover, many associations and local authorities have contributed to make the event full of surprises. Those who love wine and food, especially, can find many restaurants, taverns and inns that are available for tasting traditional dishes. In addition, from this year, each of the 15 wine exhibitions, which form part of the event, propose dishes of local cuisine. Those who love outdoor activities can find plenty of proposals: from a horse ride along the suited 100 km route in the Prealps, to the cycling routes proposed by the 'slow bike', to trekking and Nordic walking opportunities for everyone. Even real cycling competitions will take place. New of this year, 'Le Nostre Vie': short and accessible walks organised by the Exhibitors to discover pictoresque places in the surroundings. To those who prefer to deepen in the history, art and culture of these places, the Primavera del Prosecco Superiore event offers several opportunities, such as a visit of the ancient Cistercian Abbey of Follina, of the 'pieve' of San Pietro di Feletto, of the Windmill Della Croda that is still working, of the Archaeological and Educational Park Livelet and, thanks to a special collaboration, a visit of the fascinating Gypsoteca with plaster works by Antonio Canova in Possagno. These are only some examples of sightseeings that form the rich heritage of the Alta Marca territory. The wines protagonists of the event Protagonists of the exhibitions are the local wines, of course. They will be at the centre of attention of the degustations proposed by the 15 wine exhibitions. Aside the famous sparkling wine Conegliano-Valdobbiadene DOCG, Valdobbiadene Superiore di Cartizze DOCG, Verdiso IGT, red and white Colli di Conegliano DOCG, Refrontolo Passito DOCG and Torchiato di Fregona DOCG, 400 companies will be present with the best brands of these six types of wine in a succession of events and sporting, cultural and gastronomic proposals.