Five interpreters of Sustainability in its environmental, social and economic declination are the winners of the 39th edition of the Masi Award , which adapts to difficult contingencies by choosing a hotly topical theme with the event in digital form.

An internationally renowned Italian researcher and virologist, a mountaineer with extraordinary achievements, a staunch defender of the mountains and a pioneer entrepreneur of environmental sustainability: Ilaria Capua , Reinhold Messner and Andrea Rigoni are the three winners of the Masi Civiltà Veneta 2020 Award .

The International Civilization of Wine Award was instead attributed to Riedel Glass , the company that was able to artfully raise the production of glasses in the name of crystal recycling, while it goes to the Italian diplomat Filippo Grandi , United Nations High Commissioner for Refugees , the Grosso d'Oro Veneziano , awarded to the personality that has distinguished itself in the field of human rights and civil progress.

These are the three categories of the Prize promoted by the Masi Foundation since 1981 and chaired by the writer Isabella Bossi Fedrigotti , who states: " Forty years ago, at the foundation of the Prize, almost no one spoke about sustainability, environment, local culture, attention to diversity and to minorities. Yet, in the culture of the founders and in their choices of the winners, all these themes already appear strongly present, with a deep conviction that they should not be separated or even opposed to modernity, industry, civil and economic progress. like yesterday, therefore, the Masi Prize points out figures that point the way to harmonious progress: women and men who fight to get out of the contradictions that mark our present , avoiding degrowth or turning back to the past. This year's edition in in a particular way, it looks at the pandemic, but also beyond the pandemic, with that confidence that has always distinguished our Award and its Interpreters ".

The vice president of the Masi Foundation and president of Masi, Sandro Boscaini : "In the year marked by the dramatic planetary emergency of Covid-19, complicated by the lock-down and forced distances, our decision to award the Awards has never failed. Indeed, we have developed the ambition to represent a precise and strong sign of resilience in a context of restart

general: from economics to school, from the world of entertainment to publishing, from tourism to food and wine. These latter sectors in particular live and express themselves in sociability and conviviality, and are therefore among the most affected and mortified. "

The award ceremony will take place on Saturday 24 October at 5 pm and will be broadcast in live streaming from the Cantine Masi di Gargagnago in Valpolicella:

The event will take place without the presence of the public , in compliance with the provisions for the containment of Covid-19 and will be broadcast in full by local broadcasters.

The Masi Foundation is committed to promoting and enhancing the territory, the population, the cultural heritage, the great intellectual and productive capacities of the Venetian civilization. Particular attention is paid to the culture and wine production, which represent peculiar characteristics of the Veneto area. The aims are pursued by operating at a national and international level also in collaboration with administrations, public and private bodies, foundations and other Italian and foreign bodies. The Masi Foundation was founded in 2001 from the twenty-year experience of the Masi Prize, of which it intends to ensure continuity and direction, supporting it with a series of initiatives in the cultural field and thus expanding its attention to the whole world that has made the values of Venetian civilization an inspirational reason and stimulus for productive, cultural and civil progress on an international scale. On April 16, 2007, the Veneto Region conferred legal personality on the Masi Foundation, recognizing its values and statutory purposes. 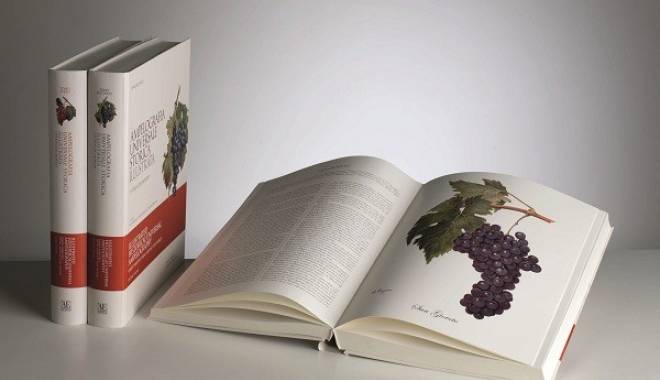 Ampelografia Universale Storica Illustrata: a treasure in the Castle

Discover the vineyards of the world with Ampelografia Universale Storica Illustrata at the Grinzane Cavour Castle. The official presentation of Ampelografia Universale Storica Illustrata, published by L'Artistica Publishing, will take place tomorrow, 22nd March at the Enoteca Regionale Piemontese Cavour (Sala delle Maschere - Grinzane Cavour Castle) 'Ampelography' is the science that studies the vineyards. In this Encyclopedia in three volumes you can enjoy the most beautiful illustrations dedicated to the vineyards ever published. 551 varieties from all over the world are collected in this edition with description sheets, sided by the English version, by the most influential scholars: Anna Schneider, Giusi Mainardi and Stefano Raimondi. The illustrations convey the extraordinary sensitivity with which the nineteenth-century artists depicted the vineyards, catching nature and soul of the different species... They represented the imperfections, the light glares on the grapes, the variety of colors, the details of the leaves. The description sheets contain all the names by which the varieties of wineyards were called along the centuries, information that belong to the secular history of the vineyards and tell the story of the men who contributed to make them famous. The careful and precise observations of the scholars of the nineteenth century can offer to producers and winemakers still valid ideas. Today, wine production has left behind many varieties, a range of over 500 varieties, all to discover. For people who want to devote themselves to give value to of a rare wineyard will find plenty of useful information on the quality of wine that can be produced, on the most appropriate cultivation techniques, on the diseases to fight. The work was received very well by people keen about wine, experts of the wine sector and institutions. Ampelografia Universale Storica Illustrata received even the "Gurmand Awards" at the Paris Cookbook Fair 2012, a sign of international recognition. The presentation of the Ampelografia Universale Storica Illustrata in the Piemonte region will take place in a location characterized by a long and rich tradition of winemaking: the Grinzane Cavour Castle. In the event will intervene, aside the Curators, Hon. Tomaso Zanoletti, President of the Enoteca Regionale Piemontese, and Enrico Lavagnino, President of the wines and spirits section of Confindustria Cuneo, Italy.