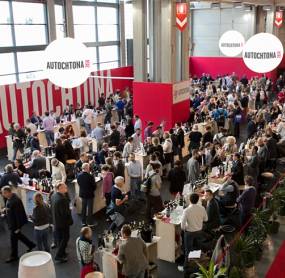 "Autochtona", countdown to the showcase of Italian native wines

On 19th and 20th October in Bolzano &quot;Autochtona&quot; is back. Two days to discover and appreciate the hidden jewels of the Italian wine heritage.

Territory and vine. Limited distribution areas and native varieties. And of course the great work of exploitation, in some cases of recovery and preservation, that the many realities of the national wine scene lead with passion and sacrifice, to preserve the immense heritage of grapes of which Italy is the custodian.

Also this year, these will be the basic issues that will join the over 120 exhibitors at the 12th edition of Autochtona, the National Forum of native wines of Fiera Bolzano, to be held simultaneously with the 39th edition of Hotel, International Trade Fair for hotels and gastronomy.

Two days, on 19th and 20th October, ideal to taste the over 300 wines exclusively from native grapes, as well as to get to know the performers who guard their secrets and bring out their best characteristics. From north to south you can match to the best-known designations, as well as the lesser known: great established varieties like Aglianico, Montepulciano, Sangiovese and Nebbiolo, but also little gems that are named Famoso, Montonico, Piculit Blacks, Uva del Tundé, Cagnulari e Foglia Tonda. They are just some of the wines presented in Bolzano and that will allow to cross the Italian vineyard in its many facets and categories, from bubbles to raisin wines, passing for white, red and rosé wines.

It is now into its sixth edition, the ?Autoctoni che passione!? award. A careful selection of wines present at Autochtona will be tasted blindly by a panel of wine journalists and delegates of the Vinarius association that will award the "Autochtona Award" for each category: Best red wine, Best white wine, Best bubbles, Best sweet wine, Best rosé wine and the Terroir special award.

Among the events of the festival the appointment with Lagrein could not miss, a navive of South Tyrol grape variety and "landlord" in Bolzano, thanks to the tasting tables both on weekdays and Autochtona, and at "Vinea Tirolensis", and on Thursday with the tasting tables of "Tasting Lagrein", when you can also taste the rewarded Lagrein. In the days of Autochtona an international jury, in effect, will compete indeed with red grape typical of the region assigning the "Lagrein Award" in the "Best Lagrein" and "Best Lagrein Riserva" categories chosen out of dozens of samples collected by the Alto Adige Wines Consortium.

After years of cooperation, thanks to the focus on the Lagrein, therefore, the link between Autochtona and the territory of South Tyrol strengthens thanks to the partnering with the Alto Adige Wines Consortium, which will be present with two official tables dedicated to the native wines of South Tyrol. An agreement that certifies the increasing commitment of Fiera Bolzano within the wine world, now well established by successful events such as Autochtona, Tasting Lagrein and, last but not least, Vinea Tirolensis, organized by the Alto Adige Winegrowers Association and scheduled for Wednesday, 22nd October, within the ? Hotel 2015? fair.

Between 19th and 22nd October, the meeting between producers, associations and professionals is in Fiera Bolzano with Autochtona, Vinea Tirolensis and Tasting Lagrein, to know, to promote and enhance the Italian native products. Condividi:
"Autochtona", countdown to the showcase of Italian native wines