Vine Surgery Team certified Simonit & Sirch was created to save the vineyards from escaemia without eradicating them.

Surprising results of dendrosurgery: 90% of the operated plants are fully productive again.

The Simonit & Sirch certified Vine Surgery Team is born, with emergency teams that take to the field to save the vineyards from escaemia, without uprooting them.

Prepared and equipped in a specific way, they work promptly at the request of companies with dendrosurgery, a literally "surgical" technique, which the Vine Master Pruners have developed in recent years to counteract the deleterious effects of esca, the more serious and widespread disease affecting vineyards all over the world, and especially European ones.

"Trivially, we can compare our intervention to what a dentist does to treat a caries - explains Marco Simonit - Using small electric chainsaws, we open the trunk and export the part affected by the sore bait. The plant" detoxified "from the disease, it regains vigor in a short time, starts to bear fruit and becomes fully productive. There are no effective products to cure sore bait, even if a lot of research is being done in this regard. Only two things to do: prevention with a proper pruning and timely surgery as soon as the plants begin to show the first symptoms. "

The results achieved in 10 years of work and experimentation in Italian and French vineyards and in various important wine-growing areas of the world are surprising: 90% of the treated plants are fully productive again. A result of great importance, both for the quality of the wines and for the economic impact . In fact, by uprooting the diseased vines and replacing them with new cuttings, a disparity in the quality of the grapes is created in the vineyard which obviously affects the quality and quantity of the wine: having the longest-lived plants possible is a priority requirement for all winemakers, but above all for the most important international Maisons, since it guarantees the qualitative continuity and recognition of their great wines. Dendrosurgery also allows companies considerable savings , since the cost of replanting is avoided (uprooting of diseased vines, excavation of holes, planting of rooted cuttings, breeding) and the lack of production by new plants for at least 6 years is obviated.

The first tests of dendrosurgery were made by Simonit & Sirch in 2011 at Chateau Reynon in the Bordeaux area, then by Schiopetto in Friuli and by Bellavista in Franciacorta. In 10 years of work and experimentation, 15,000 plants of 12 varieties (Sauvignon blanc, Chardonnay, Cabernet Sauvignon, Cabernet Franc, Sauvignon, Pinot nero, Riesling, Malvasia Istriana, Sangiovese, Gruener Veltiner, Carmenere, Malbec) have been operated in vineyards of 12 wine-growing regions : Collio, Franciacorta, Montalcino, Champagne, Burgundy, Bordeaux, Mendoza, Kamptal, Steiermark, Pfalz, Istria and Maipo in Chile. Analyzing the data collected - and also validated by the University and the INRA Institut National de la Recherche Agronomique de Bordeaux - it appears that tree surgery slows down the progression of mortality symptoms of infected plants and that, despite the operated plants show a slightly lower vigor and fertility than healthy plants, the quality of the grapes is comparable . It is not the same for non-operated infected plants.

"It all started years ago, when we thought about experimenting with dendrosurgery, described by Ravaz and Lafon as practiced since ancient times and applied by Poussard at the end of the 1800s with very encouraging results, i.e. 90-95% of recovered strains - he concludes - Thanks to the interest of Prof Denis Dubourdieu, former director of the ISVV Istitut des Sciences de la vigne et du vin of the University of Bordeaux, who died prematurely, we have put it into practice with modern tools. We were the first ever to do so. , both in Italy and abroad . We are absolutely satisfied with these results, but we will not stop here, because ours is a work that is always in progress. We are verifying, for example, what is the best time of the year to intervene, with how often do we have to do it, how many plants can a person operate per day, how long the plants we operate remain asymptomatic and other various factors. " 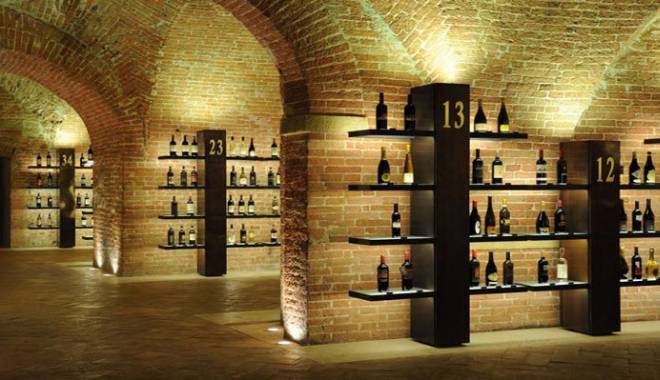 Awards Great Cru of Italy: here are the best Italian and international journalists and media

World of wine: Awards Great Cru of Italy for the best brands and the best Italian and international media. As many as 400 journalists, national and international operators, authorities and members of the Committee Great Cru of Italy participated in the gala event that was held in the astonishing setting of the arena of Verona. The award was organized by the Committee Great Cru of Italy, the prestigious association chaired by Vittorio Frescobaldi which brings together more than 100 producers of high quality, which since 20 years offer wines with the highest rating from newspapers, magazines and guides at the international level. Among them: Pietro Antinori, Francesca Argiolas, Aldo Maria Brachetti Peretti del Pollenza, Donatella Cinelli Colombini, Matteo Lunelli of Cantine Ferrari, Chiara Lungarotti, Priscilla Incisa della Rocchetta of Tenuta San Guido, Anselmo Guerrieri Gonzaga, Diego Planeta, Lucio Tasca d'Almerita, the Guicciardini Strozzi family, Maurizio Zanella of Ca 'del Bosco, Vittorio Moretti of Bellavista. Here are the winners of the Committee Great Cru of Italy: - Best Italian journalist Luciano Ferraro, Chief Editor Italian Chronicles Corriere della Sera / Corriere DiVini - Best international journalist, the Japanese Isao Miyajima, The Winen Kingdom - Wands - Winart - Best Italian media, Corriere della Sera (the award was received by the Director, Ferruccio de Bortoli) - Best international media, Wine Spectator ex aequo La Revue du Vin de France The evening of the Awards Great Cru of Italy 2013 On the stage, to lead the prestigious evening were the president Vittorio Frescobaldi and the executive vice president Paolo Panerai, journalist and publisher of the Class Group and producer of wine with Castellare di Castellina and Rocca of Frassinello. During the evening the Great Cru were protagonists, presented by the sommelier of AIS Veneto and, to accompany, the dishes of Italy by Enrico and Roberto Ceres, Three Michelin Stars chef of the restaurant Da Vittorio, and dished of China by chef Guoqing Zhang of the restaurant Bon Wei, Milan. China and Italy had a confront-encounter during the evening. To the participants in the evening the book Great Cru of Italy - Best Chinese Chefs, in English and in Chinese, was presented, which describes the 100 wines of the members of the Committee combined with the recipes of the 10 most famous Chinese chefs. The TV channels LIFE Class, Class CNBC and Class MSNBC TV witnessed the evening filming all the international guest speakers. The speakers were: Tim Tse-TL (President of the largest winery and wine shop in China, The House of Roosevelt) -Antonio Galloni -Guglielmo Miani, President of the Association of Via Montenapoleone -Giuseppe Sala, CEO Expo 2015, who explained the programs for the enhancement of quality wine. Main Sponsor Intesa Sanpaolo with Agriventure. Gala event organized in collaboration with Cattolica Assicurazioni. Technical sponsor Land Rover

Condividi:
Vine Surgery Team certified Simonit & Sirch was created to save the vineyards from escaemia without eradicating them.