The link with the territory of the Quattrocastella bio-cellar is expressed in Lambrusco, Marzemino and Sauvignon vinified according to tradition.

Three refermented in the bottle to celebrate their roots. Barbaterre , the organic winery owned by Franco Garzotti and Maria Grazia Lugo in the Matildic lands, has chosen to pay homage to the Reggio wine tradition through three wines made with traditional winemaking methods , which have always been used by farmers in the region.
"We have chosen this production technique because we believe in respecting the times of nature - explains Maria Grazia Lugo - We let everything happen slowly , without forcing: in this way our wines become over time and thanks to it more mature, deep and refined, leading to excellent results. great quality ".
In addition to the production techniques, these three wines are also linked to the territory in the name: the Reggio dialect is in fact the common denominator of the names with which they are identified. Palê 'd'Ôr , “appears golden”, sums up the nature of this sauvignon blanc with an original and not obvious look. A wine that makes the bright color and golden shades that characterize it its business card. Besméin Capolegh means “luxuriant marzemino”, a variety sought after by local farmers because it guaranteed generous and productive harvests. Arsân is simply “reggiano”, the Lambrusco which represents the quintessence of this territory.
"The intention that guided us in the choice of names was to underline how much these our wines and the method with which they are produced are closely connected to the territory in which they are born - says Franco Garzotti - The Reggio province links its wine history to method of refermentation. Ancestral, refermented, sur lie , sparkling ... there are different 'titles' with which we refer to this type of wines but the trait they share is a rustic, peasant and authentic effervescence, which leads back to the artisanal origins of the production process ".
Palê 'd'Ôr , 100% sauvignon blanc, is a wine with a refreshing and sunny drink. Scented with cedar, aromatic herbs and green apple, it has an intense citrus freshness and in the mouth the fruity and floral scents return clear. Besméin Capolegh , interpretation of marzemino, coral pink in color, smells of rose, wild strawberry and raspberries, with a mineral and savory finish. Arsân obtained from grasparossa, salamino and malbo gentile grapes is the Lambrusco of the hills according to Barbaterre: rich foam, intense and bright color, greedy and straightforward taste.
For its line of refermented products Barbaterre has chosen a closure with string , to prevent the strong pressure exerted by the fermentation in the bottle from removing the cork. Another homage to the Emilian tradition, symbol of that ancient bond with the place where these wines are produced, “a bond made of method, tradition and craftsmanship” as Massimiliano Ferrari , brand manager of Barbaterre explains. 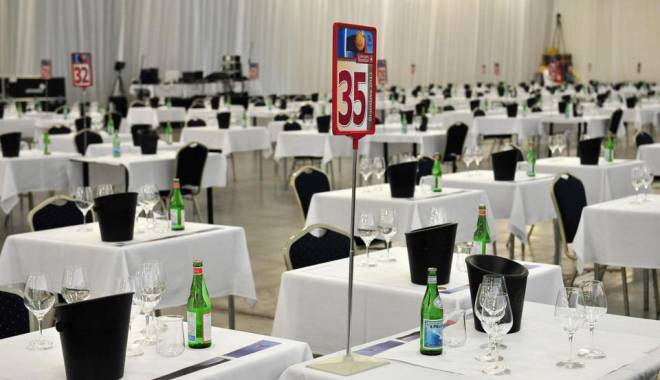 In 2015, Italy will host the wine world championship, the Concours Mondial de Bruxelles Next year, the Concours Mondial de Bruxelles arrives in Italy, as it was announced by the director of the award, Thomas Costenoble. The prestigious competition restarts its stages in important wine regions of the world and will return to Italy. The event annually assigns quality ratings on thousands of wines on the market. Jesolo will host the 2015 edition and the mayor of the Venetian town Valerio Zoggia promises an edition particularly rich in events and discoveries, in view of the fact that: «may the culture of wine be to Jesolo, and to the Veneto region in general, the very expression of our tradition and a key element of our identity, because wine is able to tell the Venetian history culture and at the same time to characterize the territory and mark the landscapes». Zoggia participated in the edition of Brussels, congratulated for the organization and and was impressed by the number of samples tasted and by their origins highlighting how taste is an opportunity for knowledge and a good occasion to overcome barriers that separate cultures. Not surprisingly, Jesolo supported its candidacy for 2015: the dates of the Concours, in effect, will coincide with the start of Expo 2015 and will help to make Italy the very heart of the world. Created in 1994, the competition has grown over the years and since 2006 is itinerant, only Palermo, in Italy, had hosted it to date. To understand the dimensions of the competition, here are the 2014 numbers: 8,060 wines from 58 countries evaluated during three days of intense tasting by 310 experts from 51 countries. France is the first country participating with 2,428 wines presented, followed by Spain (1,615), Italy (1,153), Portugal and Chile.