A permanent exhibition in large format: the images of the producers of the Municipality of Barbaresco printed on materials that defy time, such as the noble labels of Barbaresco Docg. A journey through set portraits and characters at work in the vineyard and in the cellar; and that revolves around the symbolic monument of the town in the province of Cuneo, in the heart of the Langhe Monferrato Roero, Unesco Heritage

The photographic exhibition Faces of Barbaresco was inaugurated on Saturday 19 June, a path through black and white images in large format, set up in the enclosed spaces and around the medieval tower of Barbaresco. The permanent exhibition en plein air features 39 Faces of Barbaresco Docg: they are the producers who have made this small town in the Langhe, in the province of Cuneo - of only 600 inhabitants and 41 wineries - great and famous in the wine world. the name of an entire denomination of controlled and guaranteed origin (it also includes Treiso, Neive and a fraction of Alba).

The project wanted by the Municipality of Barbaresco was carried out between December and May 2021 by Max Rella , journalist and photographer of travel, wine tourism, wine and gastronomy. An articulated photographic project that was created to give a face to producers, often unknown to most despite the notoriety of many wineries and some labels: a collection of portraits, set and not, and characters at work while working, among the vineyards, the barrels and other tools of the trade. A project that reopens the cultural season of the Torre di Barbaresco and the Cavazza Museum; also presented the black and white catalog " Faces of Barbaresco " and the collection of video-pills "An Year in Barbaresco".

There are 39 images printed on plasticized polymeric adhesive PVC , which resists a few years to bad weather (sun, rain, humidity, etc.), reproducing as faithfully as possible the rendering of black and white. And they are accompanied by other 39 small images in B&W and by a text of maximum 150 characters in Italian and English, referring to each protagonist. The explanatory plates also include the QR code which refers to the site of each individual winery.

The exhibition then continues inside the Torre di Barbaresco in the spaces of the Cavazza Museum, but with other images of the same producers projected in color on the internal stone and brick walls. The review is completed by the collection of video pills - again in black and white - in which each producer freely narrates A Year in Barbaresco : from the most distant to the most recent, from the most favorable to the most difficult; but also a year in which a beautiful and important event for the life of the producer took place, such as the birth of a child, a marriage or even the victory of Italy at the World Cup.

All this in a symbolic place of the town, its ancient medieval tower, a site steeped in history and energy: a square "stele" 30 meters high and 9 meters per side, embedded in a sandstone base, which from the 'XI century stands out on the rolling hills of the Langhe - now a Unesco World Heritage Site - watching and watching over the Tanaro valley.

Fallen for a long time in neglect in the summer of seven years ago, it has been recovered and today it has become a powerful cultural and wine tourism vehicle: its internal museum in 2019 welcomed over 30 thousand visitors (40% on the year before) and collected 130 thousand euros of entrance fees, resources reinvested in personnel, cultural projects and improvements. A project with a happy ending carried out by the Municipality of Barbaresco, which was then led by the former mayor Alberto Bianco, now deputy mayor and also creator of the exhibition Faces of Barbaresco ; this project elaborated and developed together with the author Max Rella.

Finally, the exhibition is accompanied by the black and white catalog Volti di Barbaresco , edited and produced by Edizioni Pubblicità Italiana , the Modenese publishing house specializing in the world of food and wine (publishes the magazines Premiata Salumeria Italiana ; Il Pesce ; Eurocarni ).

The preface was signed by Sergio Miravalle , a well-known long-time food and wine journalist, for years at the newspaper La Stampa and today director of the quarterly magazine of culture and territory of Asti .

The volume completes the photographic project with other images of the producers themselves and of the territory and was created with the support of local promotion bodies and agencies: Ente Turismo Langhe Monferrato Roero ; CRC Foundation ; Wine Experience agency.

The visit to the Tower is free and free, every day no one excluded from 10 to 24; same times for the visit to the Cavazza Museum, inside the structure, this however with admission of 5 €, reduced 4 €. And it is also possible to take advantage from morning to night of the new and panoramic Bistrot della Torre , with 50 outdoor seats: for a glass of wine, ranging from over one hundred labels (Barbaresco in great strength, various Nebbioli, classic method bubbles from Alta Langa and Champagne); or for a typical dish, from classic Piedmontese appetizers such as raw meat with Albese and Vitello Tonnato, up to Ravioli del Plin and selections of local cured meats and cheeses (prices: € 7-15 per course). 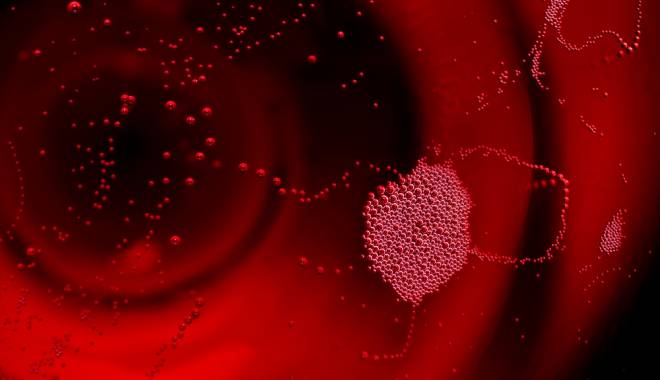 Piemonte Grandi Vini is the new wine exhibition that on the 22th of Monday and 23th of Tuesday, October will bring to Rome the best of Piedmont wines with tastings and meetings At Villa Miani in Rome, will host the first edition of "Piemonte Grandi Vini", we will dive into a sensory journey to discover the Piedmontese vines /> The promoters of Piemonte Grandi Vini The event is sponsored by the "Piedmont Land of Perfection" Association;, a company that brings together different Consortia of wine (Asti, Barolo, Barbaresco, Alba, Langhe and Roero, Brachetto d'Acqui, Wines Barbera d'Asti and Monferrato, Gavi) and 2 large producer groups: Manufacturers Vintners Moscato and Piedmont. "Piedmont Land of Perfection was founded in 2011 to raise awareness of the wine and the excellence of Piedmont and especially abroad in emerging markets like Asia - says Andrea Ferrero, president of the Consortium - but in our promotion policy not forget the Italian consumers and so we start from our capital, where relive a corner of Piedmont with its landscapes and its vineyards, aspiring to become UNESCO World Heritage Site. " The vice president Gianluigi Biestro added: "It 's been a year, but we are still in the spirit of the 150th anniversary of the Unification of Italy and we want to reaffirm the presence of Piedmont in the wine lists of restaurants, pubs and wine bars in Rome, with extra attention to young consumers. " Piemonte Grandi Vini: between the event and the Tre Bicchieri 2013 On the 22th and 23th October at Villa Miani, you can taste the best of Piedmont wines: Barolo, Barbaresco, Barbera d'Asti, Dogliani DOCG, Dolcetto, Roero Arneis, Gavi to Moscato d'Asti, Brachetto d'Acqui, Asti DOCG. The occasion will be unique to immerse yourself in the lands of Piedmont with their traditional spirit and innovative, not surprisingly, the output of the Gambero Rosso Tre Bicchieri 2013 Piedmont says: "Piedmont wine, so rich in history and tradition, is, for a good part of the collective, as a region rather static and not prone to change. Instead, after many tastings conducted this year in the various districts of Piedmont, we can say, once again, the dynamism and the effervescence style and culture that characterize the entire territory. " (To see the Tre Bicchieri Piedmontese see End of Article) For emerging artists: the 2012 contest For artists there "Piemonte Grandi Vini Creative Contest". A contest whose theme will be theme: the Piedmontese wine with the charm of history and wines in the Piedmont region. (The announcement of the competition and can be downloaded on the website www.piemontegrandivini.it online by October 1) The program Piemonte Grandi Vini The first day is for experts: personality of the wine world, the young managers of new businesses (local and wine), restaurant owners, brokers, institutions, enrolled in AIS (Italian Sommelier Association), journalists, representatives guides "Bibenda "and" Duemilavini "and entrepreneurs. The second day Piemonte Grandi Vini opens its doors to the public. Special guest will be Maria Grazia Cucinotta. Villa Miani 22 and 23 October 2012 Event start at 16.00 Accreditation process. All participants will receive the program of the two dates in which there will be a section devoted to "Notes of taste" in order to give to each guest to write down the wines and wineries appreciated. In addition, the glass will be offered for tasting with the special branded pouch. Start From a reception, guests will find themselves in a dining-hall with chairs and corner coffee break. From this small room you will have access to the lounges dedicated to wine cellars. Salt Tasting The stands will be located on the ground floor of the villa. Sale Workshop During the event there will be a space dedicated to workshops, located on the first floor, and another space dedicated to the exhibition of the works in competition. In both dates, there will be meetings with personalities from the world of wine, experts, etc .... Catering In both dates, from 19:00 until 21:00 will be served a buffet designed specifically for the event, in the dining hall on the ground floor near the entrance. Music The first day to accompany the event, a Jazz Duo will perform during the cocktail party. On the second day, the music will resound Dj Stefano De Nicola, resident of the biggest clubs in the capital. Prizegiving The winner of the "Piemonte Grandi Vini Creative Contest" will be awarded during the aperitif. Presents the award Maria Grazi Cucinotta At the end of the event, October 23, Piemonte Grandi Vini greet guests with an impressive fireworks display. Service Guests have access to a shuttle service that connects Piazzale Clodio at Villa Miani. The first race will be at 16:00 and the last from Villa Miani at 23:40. Guests have access to a shuttle service that connects Piazzale Clodio at Villa Miani. The first race will be at 16 and the last from Villa Miani at 23.40. source: Piemontegrandivini.it To satisfy the curiosity of all: Tre Bicchieri 2013 Piedmont Alta Langa Brut Zero Cantina Enrico Serafino Teacher 2006 Gaja Barbaresco 2009 Barbaresco Asili 2009 Ca 'del Baio Bruno Giacosa Barbaresco Asili Riserva 2007 Barbaresco Asili Old Vines 2007 Roagna - The Paglieri Busso Barbaresco Borgese 2009 Barbaresco Camp Gros Martinenga 2008 Tenute Cisa Asinari of the Marquis of Gr