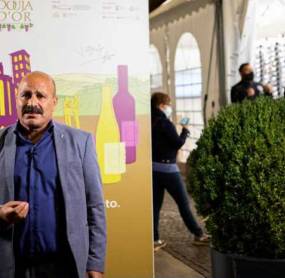 Monferrato launches a message of restart

Monferrato launches a message of restart, with its wines that grow in public appreciation and look to the future

« The forthcoming political decisions on the management of the Covid-19 emergency will have to take into consideration the state of the economic fabric. The wine sector has begun to see the light again even with the restart of the Horeca channels and any closures would represent a huge damage. It is imperative and necessary to scrupulously observe the security measures, but we hope that limited and temporary closures will be reached at most. Our reference sector, in particular that relating to our Monferrato denominations, has withstood the impact of recent months, but new radical restrictions could have an irreversible impact ».

This is the reflection of Filippo Mobrici , President of the Barbera d'Asti and Vini del Monferrato Consortium . In a delicate moment like that of these weeks, which sees Piedmont caught between the consequences of bad weather and the global health crisis, the wine sector responds by trying to look to the future.

A future that also declines in the opening to the female public, which shows an ever greater appreciation for Barbera d'Asti . This is demonstrated by some interesting market surveys, which highlight how the queen of Piedmontese wines is winning the favor of women thanks to the set of aromas and harmonies of great character and great beauty that she knows how to express. But in the sky of those appellations that make up the firmament of the Consortium, there is also a new star that shines: it is Marengo, the sparkling version of Piemonte Cortese. A wine that bears in the name the auspicious one of a victory: when in 1800 Napoleon achieved the success of a battle in these areas that opened the doors of Europe to him.

Labels and stories presented in September at the Asti Douja d'Or wine event, the first to be organized in presence after the restrictions. The numbers of the Douja del Monferrato , the title of the Consortium review within the event (11 September - 4 October 2020), confirmed an appreciation of the transversal public, with over 4,000 tastings served: " The quota and distancing measures have led to contain the numbers, but also to select a more interested and attentive public - comments Mobrici - The new formula of the event, held in the presence to give a strong signal of restart linked to a product like wine, has proved to be successful ».

And in the sign of the attention that the Consortium pays to the promotion of its reference sector, the participation of journalists and communicators of first importance in the territory in these weeks is important to discover wines and stories of a historic and wine region such as Monferrato, Heritage of the Unesco humanity.

" Also in this year marked by the global health crisis, our reference sector has proven to hold up in numbers and image, a sign of an increasingly strong consolidation in Italy and in the world - continues Mobrici - We were among the first to invest on native vines, I am thinking, for example, of our participation in the “Indigena” project aimed precisely at this type of enhancement, an idea that we shared well ahead of its time. Monferrato is a territory of beauty and opportunity, where young entrepreneurs and large companies have begun to invest increasingly important resources that from wine lead to important economic effects in the real estate, wine tourism and catering sectors ».