With a production of more than 160,000 bottles in 2020, more than 30% more than the previous year, the sparkling wines produced on the slopes of Etna are increasingly in demand and appreciated.

The Consortium is examining the possibility of including Carricante among the grapes allowed in the production disciplinary for this type.

Not only still white, red and rosé wines, each with distinctive characteristics linked to the native vines of the territory and to the different slopes of the volcano in which they found a home, but also Classic Method sparkling wines. The richness and heterogeneity of the viticulture that leads to the slopes of Etna are in fact able to reveal themselves also through the fascinating universe represented by sparkling wines produced with the noble art of second fermentation in the bottle.

"The production of Classic Method sparkling wines in our territory, although it was only introduced in the production disciplinary since 2011, boasts ancient roots" explains Antonio Benanti, President of the Consortium for the Protection of Etna DOC wines . It was in fact Baron Spitaleri, at the end of the 19th century, who was the first to realize the potential of the Etna area for the production of wines refermented in the bottle. "Those first experiments obviously had the cousins from beyond the Alps as a reference point in the choice of the grape variety to be used. We must wait until the end of the 1980s to begin to see the first pioneering examples of indigenous sparkling wines flourish thanks to the use of Nerello Mascalese " .

The Etna DOC production specification allows the production of the "Spumante" type in the "vinified in white" and "rosé" versions, with a stay on the lees for at least 18 months. "During the last meeting of the Consortium, the assembly approved the possibility of producing the sparkling wine only with the classic method, confirming the desire to continue to pursue the path of quality without delay" underlines Maurizio Lunetta, Director of the Protection Consortium Etna DOC wines . "Among the changes approved by the members of the Consortium, and which will soon come into effect definitively, there is also an increase from 60% to 80% in the use of Nerello Mascalese, with the aim of wanting to tie this type even more to one of the most representative native vines of the territory and which are well suited to sparkling wine " .

But what are the distinctive characteristics of Etna DOC sparkling wine? "First of all we need to take into consideration the peculiarities of Nerello Mascalese, a grape with a strong vocation to be used also as a sparkling wine base" says Michele Scammacca, producer and pioneer of the Classic Method sparkling wine from Nerello Mascalese . This ancient autochthonous vine, which is presumed to originate in the County of Mascali, is the most widespread on the slopes of Etna and has some characteristics that make it ideal also for sparkling wine, starting from the great acidity and low concentration of color. "These are two very important qualities that allow to obtain elegant, mineral sparkling wines, able to bring out the territory of origin. Moreover, in the best years, it shows a remarkable vocation for longevity: the prolonged stay on the yeasts manages to give sparkling wines of remarkable complexity and depth " .

The number of producers who bottle and market Etna DOC sparkling wine has grown over the years and today counts 16 realities for a total of more than 160,000 bottles for the current year, over 30% more than in 2019. The Consortium of Tutela Vini Etna DOC is also evaluating the possibility of including the Carricante vine within the production disciplinary for this type, a noble native white berried grape of the Etna area, already used as a sparkling base by many producers as it has of ideal characteristics for the production of classic method sparkling wines. 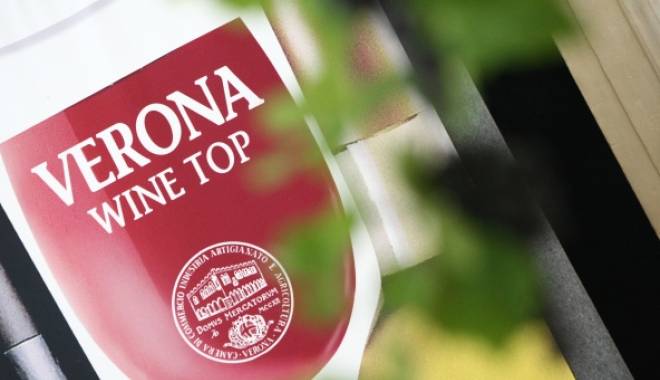 Verona Wine Top 2013: the Best of Doc-Docg wines of Verona