LUGANA, THE HOTTEST WEEK OF THE YEAR STARTS

While the harvest is getting underway, the Consortium and the producers are the protagonists of an international press tour and of the tasting "Armonie Senza Tempo", the great Milanese tasting on September 17th, open to the public, by reservation.

Settembe is a month of grape harvest and great events for the Lugana Protection Consortium, which from today will play first "at home", hosting an international press tour from 14 to 17 September in the DOC territory.

He will be the absolute protagonist in Milan of " Lugana Armonie Senza Tempo ", the traditional great annual tasting aimed at the public and operators, which will take place on Friday 17 at the National Museum of Science and Technology "Leonardo da Vinci".

The Consortium has always paid great attention to relations with the press and - after a period of forced stop - will finally return to host some of the most important European wine journalists , on a journey that will touch the 5 municipalities of the DOC, Desenzano del Garda, Sirmione, Pozzolengo, Lonato del Garda and Peschiera del Garda. The tour will take place in full harvest, on which the first anticipations arrive : " In Lugana the vintage promises to be very interesting - says the President Ettore Nicoletto -. It will be a late harvest in terms of harvest times, as has not happened in this one for 15 years. part, and with medium-low quantities as production, but with considerable qualitative prospects. The grape is very beautiful from a health point of view, with excellent balance both in ripening, thanks to cool nights and not too high daytime temperatures, and in the relationship between sugars, acidity and PH ".

The international delegation will have the opportunity to get to know many companies directly and it will be the producers themselves who will tell and show the international delegation the multiple ways of making the indigenous Turbiana vine, a richness and vitality of interpretations that is clearly expressed at the event " Lugana Armonie Timeless ", in which over 50 different wineries participate . An event now in its eleventh edition, the third in Milan, a must for all lovers of the sector. The tasting will be divided into two moments: from 15.30 to 17.30 an in-depth Masterclass, conducted by the President of the Consortium Ettore Nicoletto and by Luciano Ferraro, chief editor of Corriere della Sera, dedicated to the different types provided for by the production regulations and reserved for journalists, bloggers and industry professionals. Starting from 6 pm and up to 10.30 pm opening of the wine tasting to the public of wine lovers (with admission fee, by reservation) who will thus be able to taste, surrounded by the fascinating atmosphere of the Cloister of the Museum, over ninety expressions of Lugana . For info and ticket purchase https://www.consorziolugana.it/lugana-armonie-2021

" The press tour and our" traditional "annual tasting are two different but complementary occasions in the Consortium's strategy to promote a deeper knowledge of the Denomination, involving the press and the public in parallel - concludes Nicoletto -. Our entire activity is tense. to increase the prestige and reputation of Lugana, enhancing the over 50 years of history of this DOC and the daily work of the producers who have made it great and famous internationally. "

The commitments of the Consortium will then continue at full speed in October, with the participation in the Milan Wine Week (from 2 to 10 October), in Hostaria Verona (8-10 October ) and the organization of events dedicated to DOC abroad, in Austria. particularly. 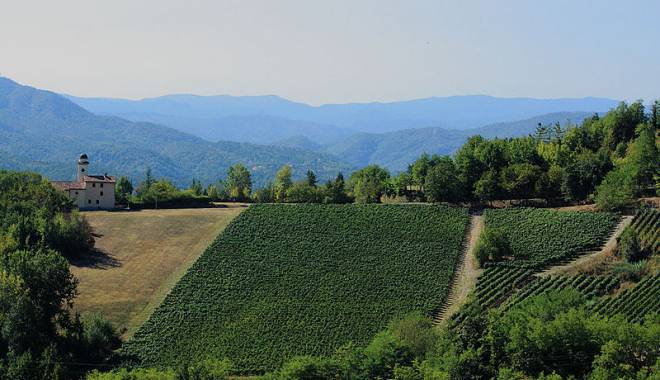 Bio Di Vino: the competition for organic and biodynamic wines organized by City of Bio will have its section and its rewards within the already established international wine competition of the City of Wine. Bio Di Vino, this year, will have a precise recognition within the Mayor's Choice 2013. Organic wine is gaining increasing importance in the frame of national wine production, also as a consequence of the approval of the European Regulation which regulates the production and promotion of organic wines. Just think that the cultivation of organic vineyards currently cover about 52,000 hectares, with Sicily in first place (15,000 hectares), then Puglia (8,000), Toscana (5,000), Abruzzo (4,000) and Marche (3000). Italy is the world leader in the production and export of organic wines. Only recently Spain is developing in this sense. Our country has had great increasing of organic products in recent years, from almost 37,000 hectares in 2007, to more than 40,000 in 2008, to over 43,000 in 2009. Until, of course, to about 52,000 in 2011 (data by SINAB). In this context of a gradual achievement Bio Di Vino is a competition that has accompanied the development of organic and biodynamic wines. The collaboration between Bio Di Vino and Mayor's Choice, which took place six years ago, has allowed the creation of a context in which the wines were judged regardless of the production method. "Bio Di Vino suggests the place at the table of organic wines, in a kitchen where most of the products come from organic farms. - Serafini says - The competition Bio Di Vino shows us "sensible experiences and necessary demonstrations " in the recovery of by-products, in energy savings. It opens your eyes on green architecture and innovation, on the quality of workplaces. Bio Di Vino urges us to improve every day, with a vigilant eye on the value of the land. Finally, said in simple words: there is no a Bio Di Vino of the wealthies and one of the poors, there is only one Bio Di Vino. " Organic wines that want to participate in the competition Bio Di Vino must be in possession of the "certificate of conformity" and must indicate on the label the subjection to EC Regulation 834/07, for the harvest prior to 2012, or to Regulation 203/12 for the 2012 harvest. "The Bio Di Vino competition shows exemplary experiences of companies trying to satisfy as much as possible a wide range of demanding consumers - the President of City of Bio, Claudio Serafini, says - with an enterprising philosophy oriented towards organic farming, nature and environment. Finally, the new European regulation of 2012 extends the rules on organic farming of the EU and strengthens the position of the European organic wines at international level, because many other wine-producing countries (USA, Chile, Australia, South Africa) have already enacted laws for organic wines. "

Condividi:
LUGANA, THE HOTTEST WEEK OF THE YEAR STARTS