Reflection of the President of the Consortium Barbera d'Asti and Wines of Monferrato Filippo Mobrici on the current state of the wine sector.

The criticalities of the sector linked to the pandemic crisis, as well as the implications of recent months on the production and commercial fabric, certainly require us to proceed carefully in the work in the vineyard, in the cellar and on the markets, to be prepared for the future.

The Barbera d'Asti e Vini del Monferrato Consortium, which I have the honor of presiding over, and which protects 30% of the area under the designation of origin of Piedmont - one of the Italian regions with the greatest wine vocation - monitors the condition of the winegrowers and the wine scene they represent, therefore feeling obliged to register and communicate the state of things. The Consortium, in fact, protects and promotes 13 denominations, equal to 66 million bottles, with an export share equal to 50% of the total production .

So let's specify some numbers. Bottling data updated to 31 August 2020 record 45,433,625 bottles, with an increase of 1.22% on 2019. As regards stocks (bulk wine capable of becoming DO), the number is 476,148 hectoliters, a total substantially identical to that of 2019 recorded in the same period. In short, there are no increases that would have led to a worrying surplus of product in the cellar.

On the other hand, the Piedmont Region has implemented a crisis distillation, whose applications have just been presented, which will lead to the destruction of 45,000 hl in the next few days. A figure that demonstrates an imminent further lowering of stocks and we recall how Barbera d'Asti Docg and other top denominations have been excluded from distillation.

At the same time, as regards the government measures regarding the reduction of selective yield, and therefore the thinning of the vines that would have allowed the reduction of 15% of production to deal with the problem of stocks , the Piedmontese percentage of companies that have thought of using it is equal to 3%, a sign of a containment felt as unnecessary.

Although, as far as we are concerned, the numbers reveal a scenario that we could consider positive, the Consorzio Barbera d'Asti e Vini del Monferrato naturally intends to keep a watchful eye on the evolutions that involve and will involve the wine world. We join the concerns that affect our sector and the assessments on the market strategies that will need to be employed, but we look forward with courage, optimism and hope, without giving in to the discouragement of the difficult period that has involved everyone.

Trusting profoundly in the professionalism of the producers, in the potential of the sector and in the maturity of the entire supply chain, we express our heartfelt wishes for good work and a good harvest to all the players in the sector. 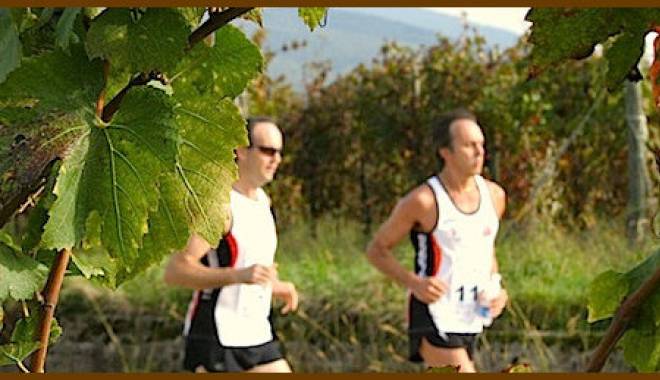 Trail del Collio: Running with the Cities of Wine in the nature

In the town of Cormons (GO) the first edition of Trail del Collio will take place, a running event organized the Sports Association "Maratona delle Città del Vino" The Collio area. A land to discover The Collio area is a land in the heart of Europe, suspended among Italy, Austria and Slovenia. It is an attractive area with its ​​lush nature and rich history. The Collio area, extreme appendix of north-eastern Italy, is located in the heart of the new Europe, half-moon shaped and characterized by rises and slopes, facing south. The D.O.C. Collio is designed by rolling hills spangled with pearls made of tiny villages and vineyards. Natural reserves, forests and vineyards: Collio is landscape, perfumes of grass, flowers, fruits. Trail del Collio The first edition of Trail del Collio will take place among the wonderful hills of Collio on 7th April. The running event will be based in Cormons, in the province of Gorizia. Trail del Collio offers three different routes. Competitive, 25 km This race is organized by ASD Maratona delle Città del Vino and is reserved to FIDAL members. The route will be mainly on dirt patch, with a vertical drop of 600 meters. Departure and arrival at the square of Cormons; panorama views of Cormons and Slovenia are offered by Mount Quarin. It is possible to register until 4th April 2013. Uncompetitive, 11 km and 5 km. For the non-competitive routes you can join directly in Piazza XXIV Maggio in Cormons on Sunday morning. For fans of racing into the nature it is an unmissable events, which offers the opportunity to enjoy beautiful and welcoming territories. Info The event begins at 09:30 on 7th April 2013 from Piazza XXIV Maggio in Cormons (GO) Participation fee: Euro 15 Online registration (credit card): ActiveGlobal Online registration (cash and bank transfer): Website Registration by fax: Regulation and registration info www.traildelcollio.it Facebook page https://www.facebook.com/events/351870034908570 info@traildelcollio.it