Morellino di Scansano DOCG here is the identikit of the consumer

Study conducted by the Wine Intelligence agency, which monitored the buying behavior of regular wine consumers in Italy in the early months of 2020, some of the characteristics of those who habitually consume Morellino di Scansano DOCG in Italy have emerged.

Especially liked in Central and Northern Italy and manages to transform more than three out of ten connoisseurs into buyers. A Wine Intelligence research describes the consumer profile of Morellino di Scansano DOCG.

It is among the Italian wines with the highest purchase conversion rate, especially in the Center and North of the country and more and more among the forties. These are some of the characteristics of those who habitually consume Morellino di Scansano DOCG in Italy. This is what emerged in a research conducted by the Wine Intelligence agency, which monitored the buying behavior of regular wine consumers in Italy in the early months of 2020, an estimated group consisting of about 28 million Italians. The survey, which will be published in the coming days in the "Italy Landcapes 2020" report, has also examined the prospects for wine consumption in Italy following COVID-19.

Morellino di Scansano DOCG, in addition to being among the best known denominations in Italy, also has, according to the research, a " high conversion to purchase rate ": more than 3 out of 10 connoisseurs of Maremma wine look for it and buy it. "This is certainly a very positive fact and for us a good starting point, if we consider that in this ranking we find names that produce much higher quantities than ours" comments Alessio Durazzi, Director of the Consortium.

The research has also made it possible to establish the profile of those who , among regular wine consumers in Italy, know Morellino di Scansano DOCG : they mainly reside in central and northern Italy and are increasingly loved among consumers who are aged between 34 and 44 years old.

As far as sales channels are concerned, Morellino di Scansano is known and purchased both in large organized distribution, especially in supermarkets, but also in specialized stores and - to an extent above average - directly in wineries, an increasingly loved by fans of Morellino di Scansano DOCG.

"It is a wine capable of intercepting fairly transversal consumer targets - comments the president Rossano Teglielli - The research also revealed the growing importance of the e-commerce channel: an indicator that certifies the current consumption change, amplified even more in the latter period plagued by the Covid-19 pandemic. "

Finally, it emerges that the consumer of Morellino di Scansano pays more than average attention to the issue of organic, in addition to other aspects related to sustainability. In fact, among those who bought Morellino, over 30% show particular attention for organic wines, against an average of 21%.

"These are certainly useful indications for the entire production base of our appellation to understand what perception of Morellino di Scansano has for a consumer, who already loves wine and is looking for it." concludes director Durazzi. "We are going through a historical period of great transformation and those who produce wine, in particular those who belong to such an identity as ours, must have the tools to be able to interpret what is happening and to be able to hypothesize the decisions to be made in the near future". 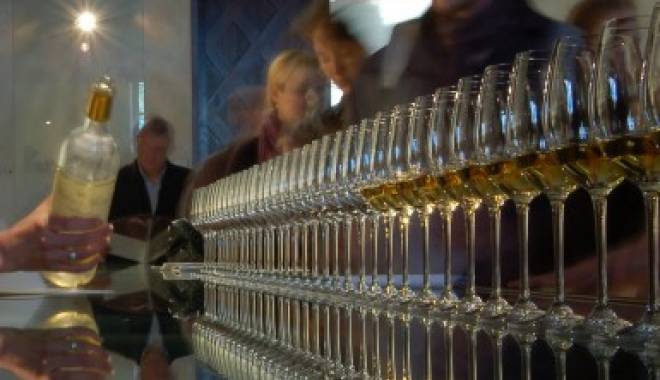 10 winning wines of pecial award Aureus Calix 2012 The ceremony for the selection of the wines of Lazio "Calix Aureus 2012" was in Rome last Saturday at Eataly. The wine competition has been organized by the Department for Economic Development and Agriculture of the Region Lazio along with Unioncamere The purpose of 'Aureus Calix 2012' The competition was created to promote in Italy and in the world the best production in the area. The numbers of 'Calix Aureus 2012' -69 Wineries, -237 Labels in total The evaluations and selections The evaluation committees were 3 and each composed of five members: three technicians, an expert and a representative of the restaurant according to the Ministerial Decree governing wine competitions. Coordination and was edited by Professor Luigi Odello Study Centre tasters. The labels that have earned the minimum score of 80/100 were 108. In the final selection of wines that have scored between 87 and 89/100 have been declared a tie and won a certificate of merit. All wines have achieved a minimum score of 90/100 have received the special prize "Aureus Calix 2012." The voices of the promoters "The effort to enhance the wine sector in Lazio requires specific policies. In this perspective, the competition 'Calix Aureus' is a specific initiative to promote the ability 'of men and companies in our territory. Way of quality', in fact , and 'the only one to pursue in order to overcome the current economic crisis, maintain competitive products on the market and the live export sector, "said Peter Di Paolo, Councillor for Economic Development and Agriculture of the Region of Lazio. "As part of an ongoing commitment to enhance the production chains, the chambers Lazio supports the growth of the agricultural sector with the ultimate aim of making undertakings of our country more 'competitive both on the national and global economy.The initiative 'Calix Aureus' is fully part of this strategy of development of our typical products, in this case wine, often of excellence, "said Giancarlo Cremonesi, president of Unioncamere Lazio and the Chamber of Commerce of Rome. "The results of the competition are encouraging signs for the products truly original and quality. 'Common commitment of the institutions to identify and reward these wines enhancing it with appropriate promotional activities, in the right direction and I am proud that for the realization of' Arm event was asked to provide its know-how, "said Aldo Matthias, president of the company Roman markets.

Condividi:
Morellino di Scansano DOCG here is the identikit of the consumer