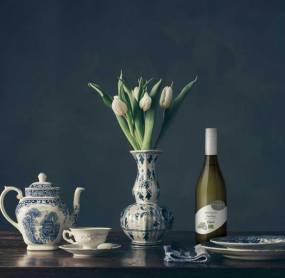 The organic Pinot Grigio Doc delle Venezie "Pietra Di" from the Friulian winery is among the best-selling in the organic wine segment between 80 and 99 Swedish crowns. Excellent performance of the Pura Terra line also in France and Canada

The organic Pinot Grigio by Piera 1899 , "Pietra Di", pleases Swedish consumers: among organic white wines between 80 and 99 Swedish crowns it is among the first in terms of sales volumes , representing almost 4% of the market alone. in 2019. Considering the sales of Italian wine of the same price range in the last 12 months, the market share of Pinot Grigio “Pietra Di” is 14.5% . “That of our organic Pinot Grigio“ Pietra Di ”- says Piera Martellozzo , owner of Piera 1899 - is an excellent performance. We are proud of this result: our wine thus becomes a proud ambassador of Made in Italy and of the excellence of Friuli Venezia Giulia, a territory that has always been dedicated to viticulture ”. Pinot Grigio "Pietra Di" was one of the first organic wines to be included, in 2018, in the systembolaget , the public company owned by the government that holds the monopoly in Sweden for the sale of take-away alcoholic beverages with an alcohol content higher than 3.5%. It entered the market in autumn 2018 and immediately met the tastes of Swedish consumers, also attentive to production methods: "We have always believed in organic - continues Piera Martellozzo - and in a philosophy that respects the territory and is attentive to the effects of the business production on the surrounding environment: we have activated a photovoltaic system that supplies almost all of the company's energy needs, we use an "eco-friendly" packaging with lighter bottles, as well as a wastewater treatment plant that allows them to be reused in agriculture ". The Pura Terra organic line is also registering continuous successes in foreign markets , winning numerous awards both in Italy and beyond national borders and recording a positive trend in sales, in particular in France (21% of total sales of the line) and in Canada ( 15%). Among the most important Friulian production companies, today the export of Piera 1899 is equal to 46% of the entire turnover and the countries where the company is most present, in addition to Sweden, are Canada, which represents 22% of revenues. the United States, (9%), and Austria, (8%). In the latter country, with two of its wines, it covers about 16% of the national consumption of sparkling Prosecco DOC.